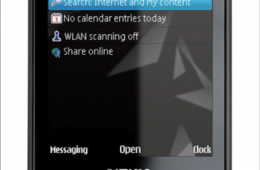 I do a lot of hands-on research on smartphones. I do this for two reasons. First, I believe they are fast becoming one of the prevalent cloud clients, and second, they are fast becoming a popular device to consume video. AMD obviously is involved in building the cloud with the AMD Opteron Processors but also conversion to make a video smartphone-friendly can take a tremendous amount of compute power, and ATI Radeon HD 4800 series graphics and AMD Phenom II X4 processors do those conversions quite well. 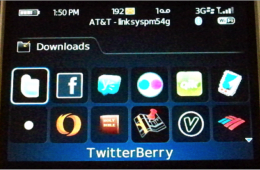 Smartphones are increasingly becoming the most important factor in portable cloud access. What makes them unique is their portability and versatility. One minute a phone, the next a web browser, the next a video broadcast client. After blogging on the Android G1 and the BlackBerry Storm, and as co-owner of an iPhone (wife's), people asked me why I didn't blog on my personal workhorse, the BlackBerry Bold. Well, I aim to please and here it is.