When it comes to setting up your Mac these days, there are only two browsers most people consider: Apple’s Safari and Google’s Chrome. But in Safari vs Chrome, who wins the title of best Mac browser? We dig in and find out.

These days, there are really only three web browser of note on OS X: Safari, which is produced by Apple and pre-installed by default on every Mac, Google’s Chrome, which in recent years has become the web’s darling on PC, Mac, and mobile devices, and Mozilla’s Firefox, which started the original battle to kill off Internet Explorer but has since fallen in the rankings. 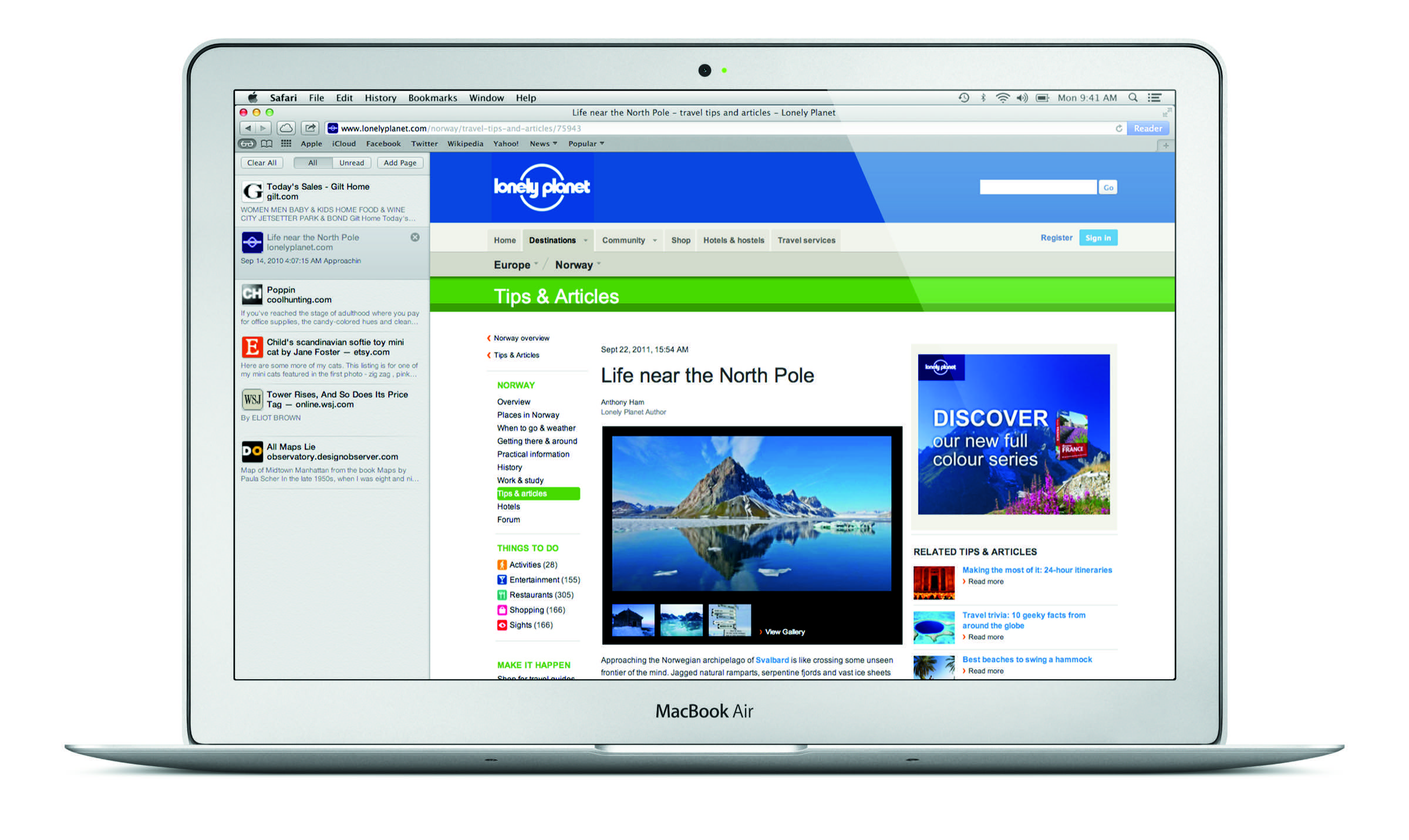 For the most part, the battle comes down to Safari vs Chrome – Safari is pre-installed, and Google leverages their historically large web presence to sell users on Chrome. There are pluses and minuses to each browser – is one truly better than the other? Let’s take a look.

On newer hardware, the sorts of optimizations that these companies make to speed up their browsers, they’re just not that noticeable. Safari wins most of the benchmarks – often by a substantial margin – but you’ll find it doesn’t make much of a difference in terms of everyday use.

There are some things that Safari does objectively better than Chrome. A lot of them have to do with the way the browser feels more than it actually works. Scrolling on webpages is usually smoother than on Safari; Chrome will scroll just as fast, but it’ll feel just a bit coarser, like when a game drops a few frames. This is most noticeable when you zoom in and out using the pinch-to-zoom gestures on one of Apple’s trackpads.

It’s not a unilateral Safari win, though. There are occasional performance hiccups that are difficult to get around – occasionally Safari will just hang when loading a page, for reasons that are difficult to troubleshoot. Sometimes, I can enter an address in Safari and before Safari loads the page, I can open Chrome, navigate to the same address, see the page load, and start interacting. It’s frustrating, but it happens rarely enough that it’s not a fatal flaw.

You might have seen some stories talking about how Chrome is a notorious energy hog – because frankly it is. You don’t even need to do a series of battery tests to understand the difference the two browsers have on your Mac’s battery life.

Apple includes a handy tool within OS X for illustrating the degree to which the applications you use decrease your battery life. To see it for yourself, all you need to do is click on the battery icon in the menu bar at the top of your screen. 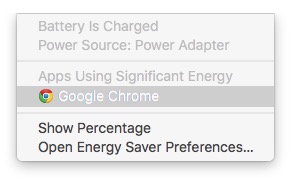 In the drop-down menu that appears, there are two relevant sections. If you’re on battery power, you’ll see a time until battery depletion at the top (here, this MacBook is plugged in, so it says Battery Is Charged, instead). Switching from Chrome to Safari often has an immediate impact on the number you see here. If you’re working in the web browser (or just browsing Reddit – hey, we don’t judge), you can see this number jump just by closing Chrome and resuming your work in Safari.

There’s a second section titled Apps Using Significant Energy. Depending on what you’re doing at the moment, you might find that this section is empty, or it might be full of apps. Safari will appear here, too, but even when doing the same activity, Chrome will pop up more often.

This power hogging is something that users have long called out Google for, and it’s something that the company has worked to mitigate – it’s better now than it used to be, but it just isn’t there yet. Part of it has to with how Chrome uses your MacBook’s processor; it wakes it up more often than it really needs to, ostensibly in the name of performance. The other part of it has to do with how Apple builds Safari. For them, battery life is an absolute priority, and it shows. Safari takes its energy optimizations seriously, and does things like shutting off GIFs or plugins as soon as you scroll past or switch to another tab.

We won’t spend too much time on this section, not because it isn’t important – it absolutely is – but because the battle is so absolutely one-sided. Chrome wins the extensions war hands-down. Apple has actually gotten much, much better in the last couple of years; while Safari has supported the development of browser extensions for a long time, it used to be a dire wasteland. 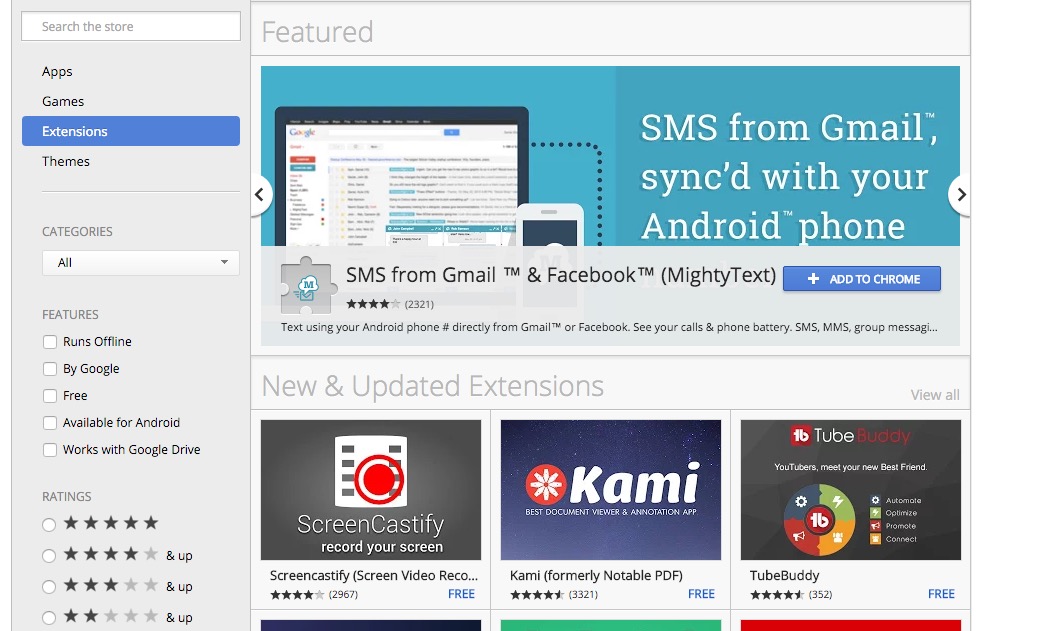 These days, you’ll find most of the biggest extensions (or the extensions of the biggest sites) will have options for Safari, but in comparison to Chrome, there isn’t much else. Chrome will let you install an extension to do just about anything you can want, and they’re all organized in an easy-to-use library online.

Best Mac Browser – Safari vs Chrome: Which should you use?

So after all this, is there a clear winner? Does Safari’s energy use put it above Chrome, or does Chromes flexibility beat out what Safari can do? Honestly, the answer is that you should keep both installed on your Mac. The two browsers honestly complement each other pretty well.

Your mobile devices can influence which browser you should use, as well. If you’re a dyed in the wool Safari-on-iOS user, you might find the ability to open your Mac’s Safari tabs on your iPhone or iPad worth the exclusivity. The same can be said if you use Android or even Chrome on iOS. 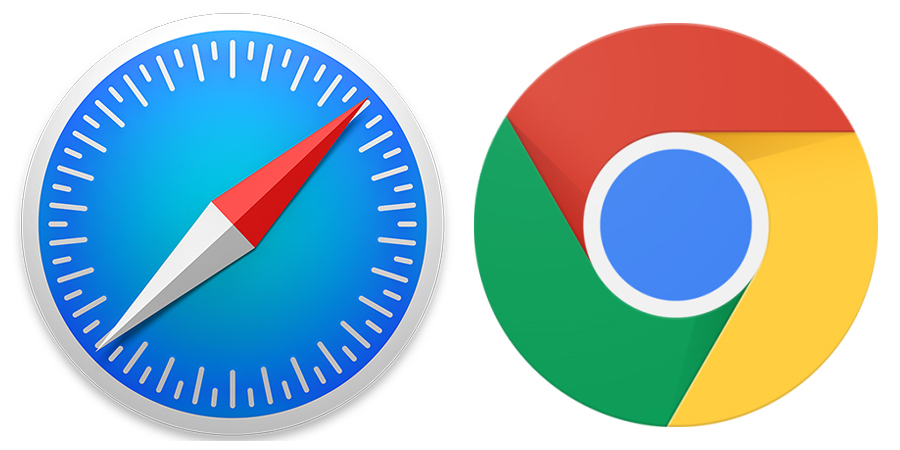 In my experience, this isn’t as useful as it seems like it should be – once you’ve logged into your various accounts on your Mac or your mobile device, it’s little trouble to switch between the two; and given how strong the apps from individual websites can be these days, it’s rare that you really need to open a tab on your phone that you were just navigating on your Mac.

What has become a regular habit for me is to simply use each browser based on where I am. If I’m at home with the MacBook plugged in, I’ll stick to using Chrome – Safari’s page hangs are rare, but infuriating when they happen. If I’m on the go, however, battery life is a much more important consideration, and I’ll fire Safari up, instead.

Chrome and Safari are ultimately much more alike than they are different. If you haven’t used one in favor of the other, you should try and exclusively use it for a week – you might be pleasantly surprised by what you find.