HP Chromebooks with New Processors but No 1080p

HP makes two of the best Chromebooks available today. HP Chromebooks just got an update that includes the new NVIDIA Tegra K1 processor on one of the machines and an Intel Bay Trail processor on the other. Neither one will get higher resolution 1080p displays, however. Instead HP adds some new and interesting color schemes that will improve on what already stood out in the heated Chromebook market.

HP jumped on the Chromebook bandwagon early and designed two of our favorite Chromebooks. These successors to the netbook from the last decade matured significantly in the second generation of these low-cost simple laptops running ChromeOS. ChromeOS runs a simplified version of Linux that makes the Chrome browser the primary user interface. It has a Windows or OS X interface style with a desktop and a launch bar of apps along the bottom. 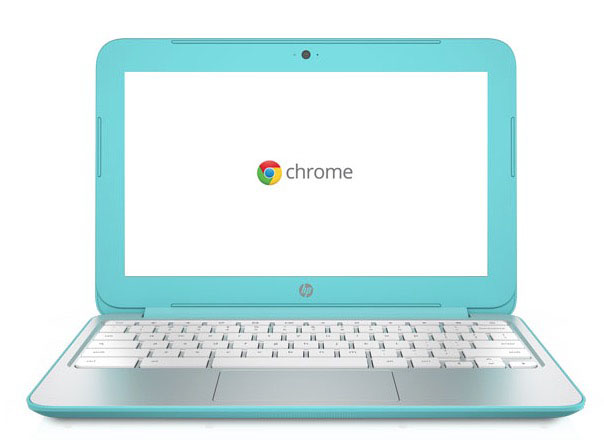 A great IPS display made the previous generation HP Chromebook 11 stand out. Today, full 1080p grabs buyers attention because it offers more crisp text and better graphics display. However, on an 11-inch display, 1080p might make text and buttons too small for the average person over thirty. So, the lack of a 1080p screen on the new version of the HP Chromebook 11 doesn’t bother us that much on this model as it does on the 14-inch model.

We’re not sure if HP will still use the same excellent IPS screens that came on the 2013 generation 11-inch that made it one of the best smaller Chromebooks buyers can get. 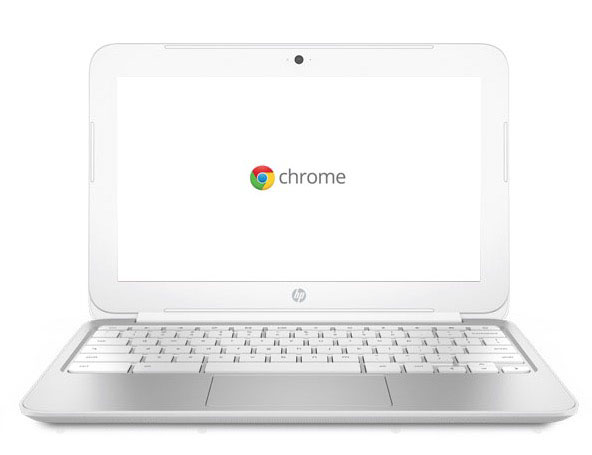 HP’s former white design with slight color accents (see below) gets replaced with a more colorful design similar to the larger HP Chromebook 14. The new 11-inch model comes in two colors, turquoise and white. The design also looks more like the HP 14 with a smaller screen and therefore smaller and lighter chassis.

The computer uses an Intel Celeron N2830 2.1GHz processor. That should boost both the speed and the battery life. HP promises 8:15, not as good as the Acer C720, the Dell Chromebook 11 or some other recent released 11-inch models, but better than the 2013 11-inch from HP which gave us only about 6 hours. 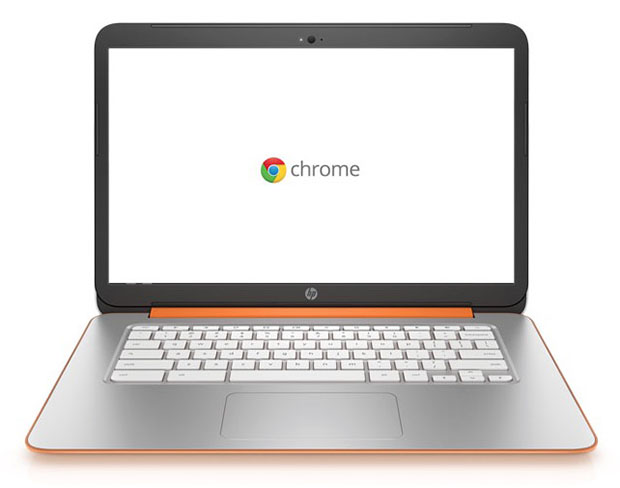 The new HP Chromebook 14 will look a lot like the HP Slatebook 14 that runs Android 4.3, reviewed recently here at Notebooks.com. The HP Chromebook 14’s only slightly different in external design than the previous generation HP Chromebook 14 from last year that we loved so much.

The Slatebook offered a full 1080p screen in the base package, but the HP Chromebook 14 will use a 1366×768 screen. The former model’s screen was the biggest weakness on the otherwise great computer. Leaving out 1080p, when many of HP’s Chromebook competitors ship with 1080p screens for only slight more money, could hurt sales of this new 14-inch model. For example the Samsung Chromebook 2 13-inch model and the Acer Chromebook 13 both come with 1080p. They also cost around $100 more than the base HP Chromebook 14, but it’s worth it for the better resolution. 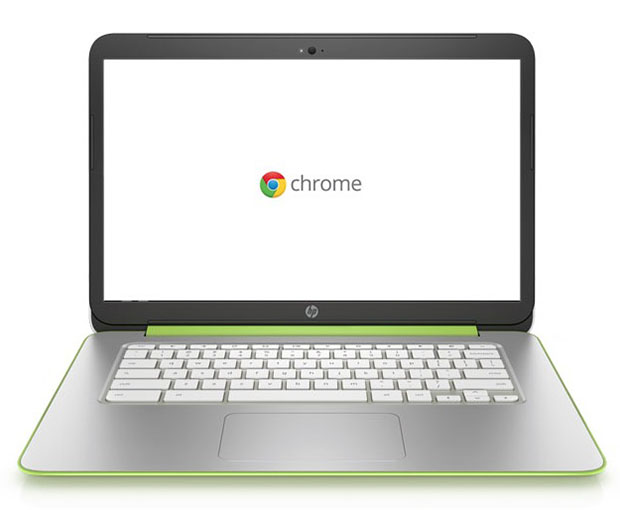 What’s really great comes inside. The NVIDIA Tegra K1 ships on the newly updated version of the HP Chromebook 14. We first heard about a Chromebook with this processor when Acer released the new Acer Chromebook 2. The Tegra K1 should make the new HP perform at least as fast as the previous Haswell version. It will improve battery life (up to 8:15 instead of just 6 hours) and create a significant improvement in graphics performance for things like advanced online games, video and Adobe Flash performance. 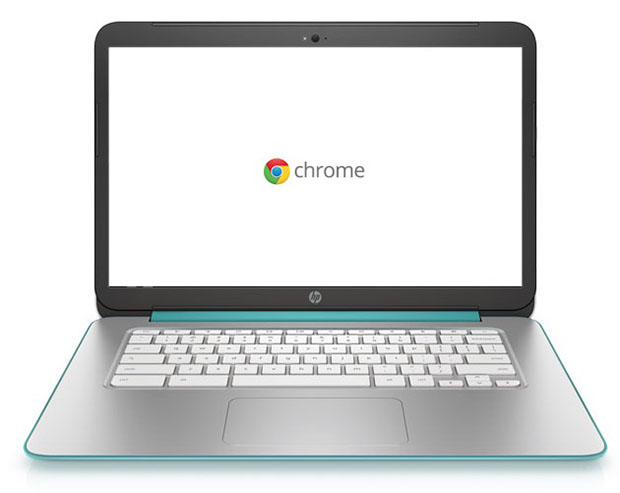 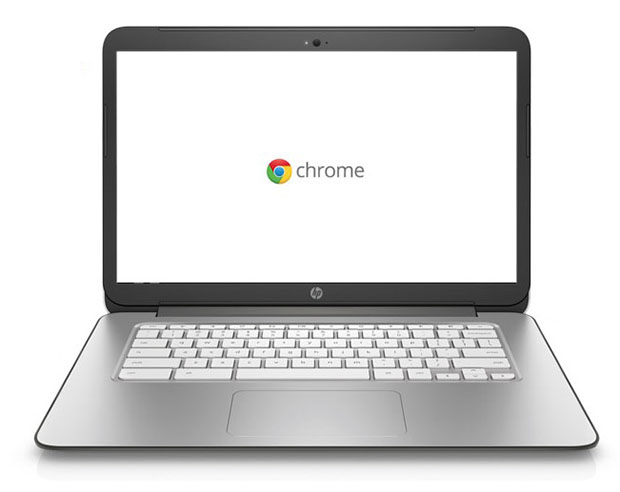 Here’s a list of the other key specs for the HP Chromebook 14 update:

Buyers can configure both Chromebooks with more memory and LTE built-in. Buyers of the 14-inch can double the onboard flash storage from 16GB to 32GB.