The ThinkPad X130e takes the lessons Lenovo learned in the business market and pulls them together into a rugged mini notebook designed for students.

Lenovo built on the small frame of the ThinkPad X130e, adding features to help the X130e stand up to the abuses of K-12 classrooms. While there is a major focus on the iPad in classrooms, the X130e is better suited for young users who are more likely to drop the notebook or spill something on it.

The red Lenovo X130e is only available in the education market, but individual users can buy the black ThinkPad X130e direct from Lenovo.

Who is the ThinkPad X130e for?

The ThinkPad X130e is primarily a notebook for students, but it also offers an attractive set of features for business users looking for a small, rugged second notebook with a great keyboard.

Lenovo has created an incredibly well-built notebook. The X130e is bulkier than the X120e and competing 11-inch notebooks, but this is thanks to the military spec ruggedness that defines the notebook.

Lenovo ditches the square corners of the ThinkPad line, opting for more kid-friendly corners that complement the rounded design style.

Even under pressure, the lid and the base of the X130e remained solid under pressure. Lenovo includes a rubber bumper to prevent screen damage from the display pressing on keys and prevents random items in students’ bags from slipping in between the display and keyboard.

The notebook is MIL-SPEC rated for ruggedness, which is why the bezel is much thicker. Lenovo designed the hinges to last 30,000 cycles, to accommodate students opening and closing the notebook again and again.

The design carries over to the recessed and strengthened ports to prevent damage from students pulling on cords without properly removing them.

The ThinkPad X130e has 3 USB 2.0 ports, including one that can charge gadgets. The notebook also has Ethernet, VGA, HDMI ports as well as a combo mic/headphone jack and an SD card reader.

The ThinkPad X130e has a great keyboard for such a small notebook. The keys have near perfect travel and a slight curve that guides fingers to the middle of the key for faster, error-free touch typing.

Too often small notebooks have lackluster keyboards with poor key placement, but this is not the case. The X 130 has a full size keyboard and all the keys appropriately sized and placed. 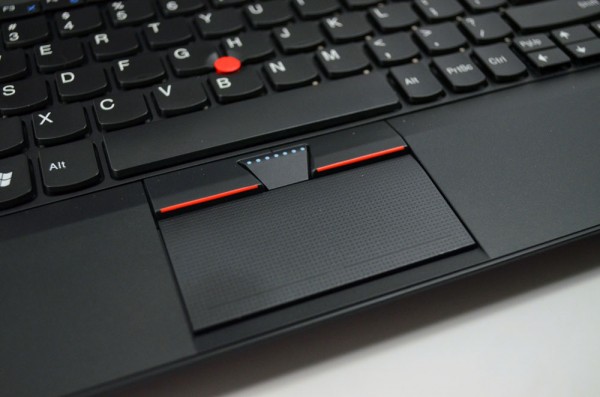 The touchpad is incredibly small, even for the small hands of students. Lenovo includes the Thinkpad Trackpoint in the middle of the keyboard for precise pointing.

The touchpad is too small for multi-touch gestures, but supports two finger clicks. There are no mouse buttons on the bottom of the trackpad, but the mousepad is clickable.

ThinkPad X130e users should plan on using the accurate Trackpoint or an external mouse for long sessions.

The 11.6″ display on the ThinkPad X130e has a 1366 x 768 resolution, which is quite good for a notebook of this size. Students won’t live comparing documents side by side, but the resolution is better suited for the classroom than those found on netbooks. 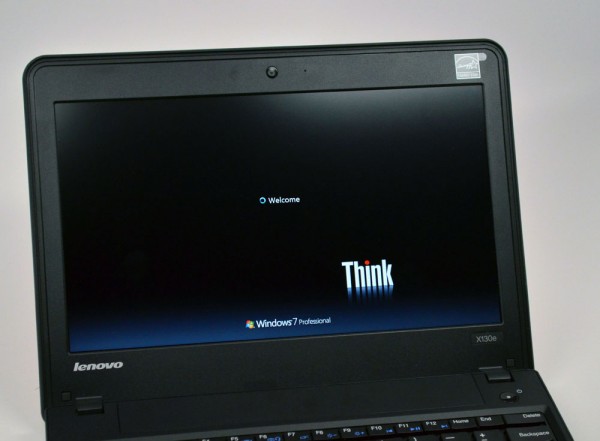 The matte display is usable outdoors and in harsh lighting, but some users will find the display a little dim even at the brightest setting.

While watching the trailer for The Avengers colors looked good, though blacks could have been blacker. Viewing angles are prefect for a notebook of this size, wide enough to allow three students to share the screen if needed. 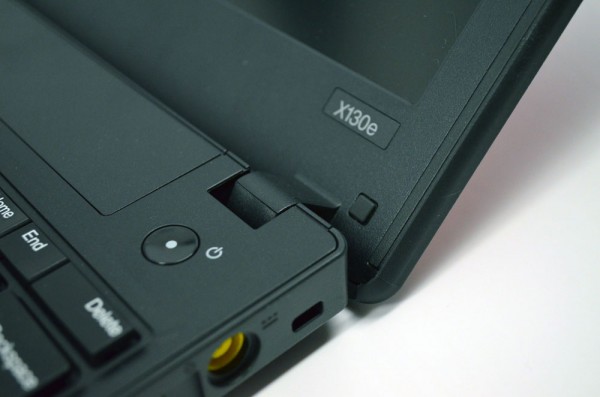 Lenovo includes many features in the ThinkPad X130 to meet the needs of the classroom and school administers.

The 1.3GHzAMD E 300 powers the ThinkPad X130e with integrated graphics, The X130e is configurable with up to 8GB of RAM, but my review unit came with 2GB of RAM. The notebook comes with 320GB or 500GB storage options.

This base configuration proved powerful enough to handle the needs of students. The AMD E 300 processor did not stutter when working in multiple programs including Microsoft Word and the web browser.

Watching videos on YouTube or accessing educational flash websites and games did not stress the system. The ThinkPad X130e has plenty of power to meet the needs of students.

The speakers are note impressive in quality, but are definitely loud enough for an educational setting. 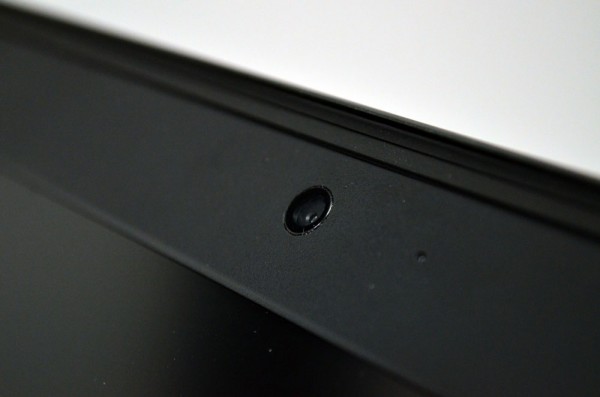 The webcam is OK, with a VGA resolution, but won’t blow users away. Considering the use in classrooms and for Skype collaboration by students at home, it is sufficient. The webcam does well in low light conditions.

Lenovo rates the ThinkPad X130e for all day use in the classroom and battery testing proves that the X130e lives up to this claim. Using het Laptop Mag Battery Test, that simulates web browsing with the screen set at 40% brightness the ThinkPad X130e lasted 7 hours and 22 minutes. Long enough to last through a full day of school.

The ThinkPad X130e delivers everything Lenovo promises for the classroom. The features and rugged design are essential for unforgiving classroom environments. The processor offers limited power, but is more than adequate for the needs of K-12 students. Administrators will appreciate the included security features.

The iPad is a hot topic for schools, but the ThinkPad X130e offers a more durable learning tool geared at productivity and learning. 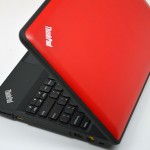 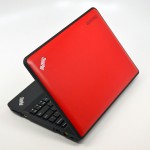 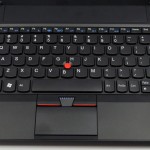 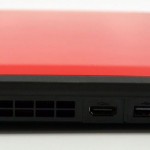 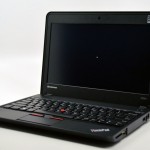 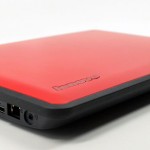 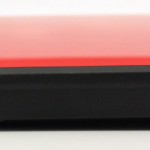 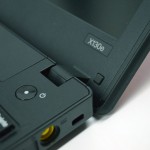 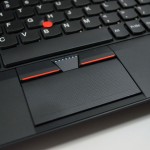 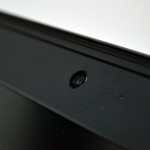 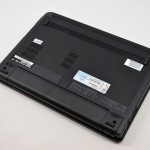 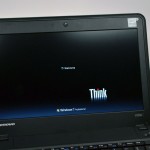 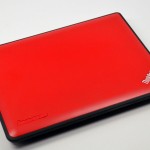 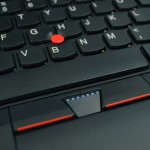