PhotoSync is Best Way to Transfer iPad 2 Pictures to PC

Now that the iPad 2 has a camera, you will want to transfer photos to your computer taken on the tablet. PhotoSync ($1.99) is one of the best apps for transferring them to other iOS devices or to a computer. It does it all over Wi-Fi so long as the two devices are on the same network. It is fast and easy to use. So, we decided to make it our Notebooks.com iPad App of the Week. 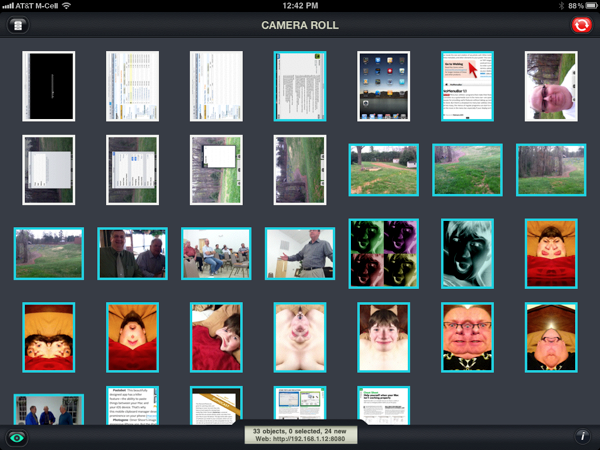 When you open PhotoSync on the iPad it shows your camera roll pictures. There are two main views. The one you see above is the camera roll. From here you can sync photos. The other view is a slideshow. Tap the file cabinet icon in the upper left and it shows your pictures but lets you display them as a slideshow.

You sync one of five ways. Tap the sync icon (the red circular arrows in the upper right). A menu will pop up showing the various sync methods. 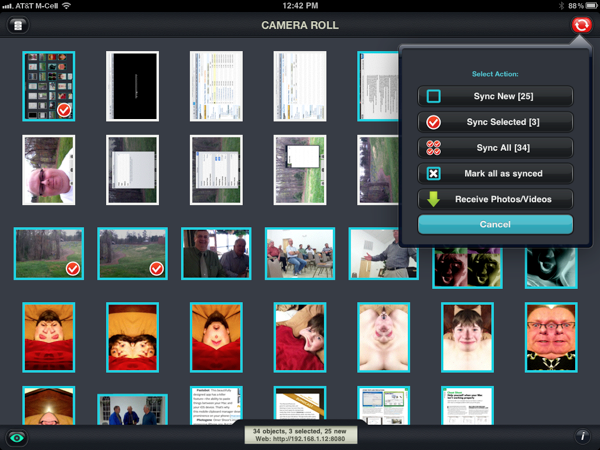 Here are the five menu items and what they mean:

Once you begin the sync by tapping one of the menu items, a new window pops up showing options. You can sync to a computer, another iOS device, or to a Flickr account. 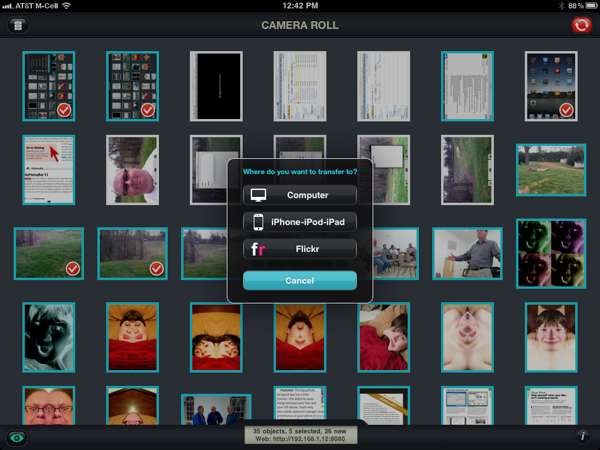 To sync to a computer you will have to install a free program on the computer. It runs in the menu. Once installed if the computer and iPad or iOS device are on the same network, the computer will show up in the list of computers when Computer is tapped in the above menu. Notice below the menu only has my MacBook Pro because that is the only computer on which I have with the software installed. 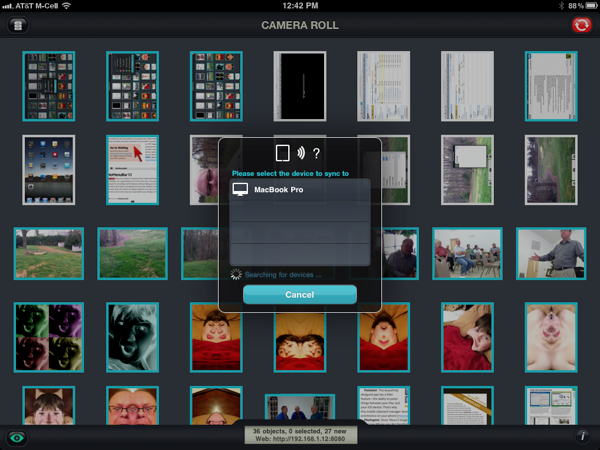 Select the computer from the list and it starts the sync process immediately. It moves pretty fast. 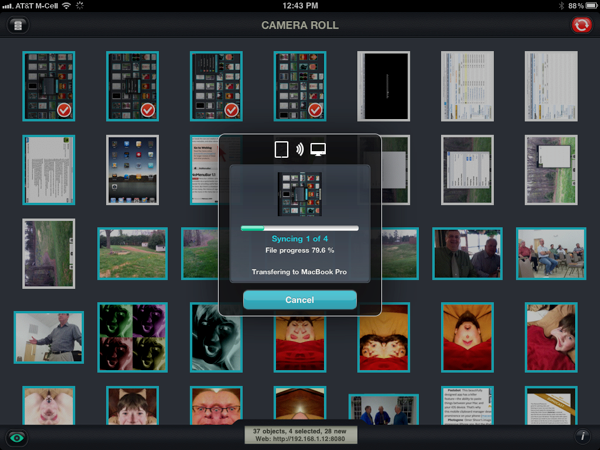 After the sync is over the computer will open a Finder window on a Mac or an Explorer window on Windows.

Sending files to another iOS device is just as simple. You can send to another iPad, iPod Touch or iPhone from the menu that pops up after hitting the red sync button. The app is a universal, so you can install it on all your iOS devices for one price. Open the program on the other device. It has to be installed for it to work. Then choose the device from the list. The photos will be sent and displayed in PhotoSync on that device. Below is the app running on my iPhone. 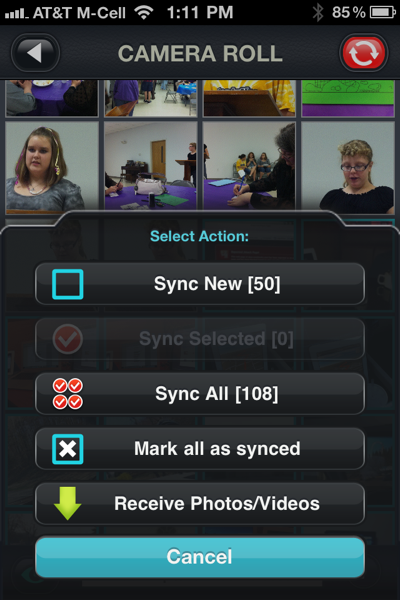 PhotoSync on the iPhone 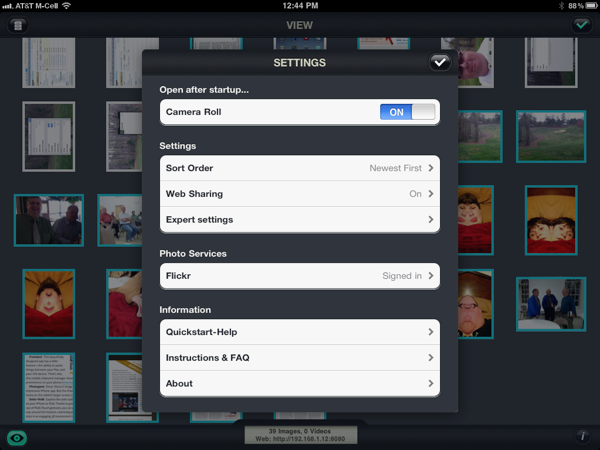 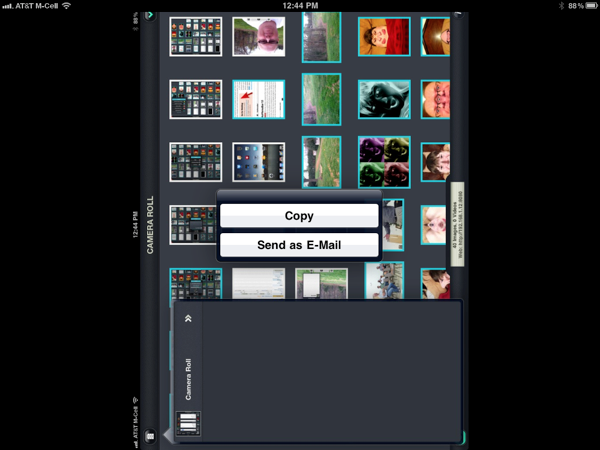 Below is our video review of PhotoSync:

Our only complaints are really ideas for future versions. First, we wish that you could rotate the images inside the app. Second, we wish that we could set one sync method, like sending new photos to a computer, as the default method. That way we could sync with the tap of one button instead of tapping the sync button, the sync method option, then the device from the list. One tap would be faster than three.