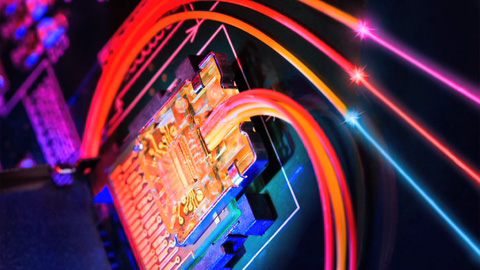 Intel’s two press events–one in San Francisco, California and another at the company’s headquarters in Santa Clara, Claifornia–scheduled for this Thursday have prompted some to believe that the events will be centered around Light Peak technology. Light Peak, which is a connection technology that promises to deliver speeds of up to 10 Gbps, will initially be available with copper wiring, though fiber optics may be the conduit in the future to deliver up to 100 Gbps by 2020 according to the company’s plans.

Apple is one of the earlier computer-makers to push Intel on the technology, and perhaps, it is no coincidence that Apple’s new range of MacBook notebooks will also debut on Thursday, according to the latest Internet chatter. The technology allows multiple types of connection to be used via a single cable, such as displays, peripherals, drives, and docking stations. The optical connection technology appeared on a recent Apple patent filing when paired with a MagSafe connector.