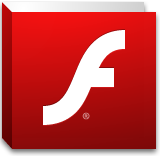 Adobe has just released Adobe Flash 10.2 which, unlike many upgrades, is delivering some really cool features that you will notice including hardware acceleration, native mouse cursors, multiple monitor full screen support and better text rendering.

You can get Adobe Flash 10.2 today on Mac, Windows and Linux computers by visiting the Adobe Flash Player page and upgrading. Flash is the free software that allows many rich media websites to work on your computer. Don’t be surprised if your computer asks you to upgrade your Flash Player shortly.

The new updates to Flash 10.2 will allow websites to take advantage of hardware acceleration. In short this means that after popular sites have a chance to implement the new way of handling Flash, users with Flash 10.2 will see better performance and efficiencies. When Stage Video is enabled your Windows or Mac computer will be able to play back a 1080P HD video with 1-15% CPU usage. This is in addition to better battery life from the more efficient processing.

One of the most exciting improvements that comes with Flash 10.2 that you will notice is the ability to watch full screen video on one screen while you work on another. With previous versions of Flash this required workarounds and hacks, but now you can watch Hulu on one monitor in full screen mode and work in Excel on the other. Just sell it to your boss as enhancing your productivity.

Other new features include the ability for custom mouse cursors. This isn’t there to allow developers to make your mouse turn into a coke bottle at will, but to enhance the experience when playing online flash games. Adobe also announced support of GPU rendering for the upcoming release of Internet Explorer 9. Additionally Adobe has worked on better rendering of text, “especially for complex character-based languages.”

AMD also made an announcement about Flash, letting users know that with Flash 10.2 AMD GPUs and Fusion APUs will be able to accelerate Flash. This spans back to the AMD Radeon 3000 series and forward to the newest AMD Fusion APUs that were just announced at CES 2011. To gain this ability, make sure that you have one of the supported GPUs or APUs and upgrade to the latest AMD Catalyst graphics driver.