Amazon announced that Kindle Singles has now launched, making it easy for readers to find short and focused writing on topics that interest them. The new Kindle Singles will normally be around 5,000 to 30,000 words and provide readers with a, “well researched, well argued and well illustrated,” piece of work that is presented at the best length.

Amazon Kindle Singles will be priced between $.99 and $4.99 and are able to be read on the Kindle and on Kindle apps for various mobile devices and on your Mac or PC. 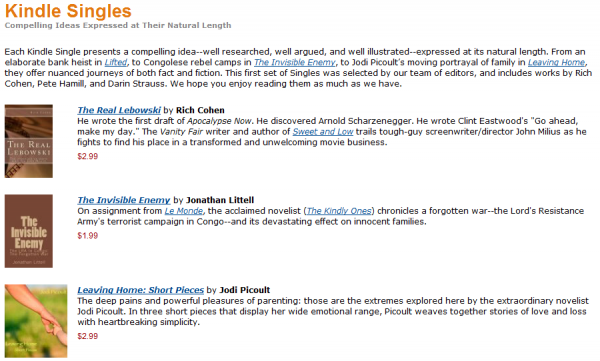 The first group of Kindle Singles includes the following highlights from Amazon, and a broader selection available in the Amazon Kindle Singles store.