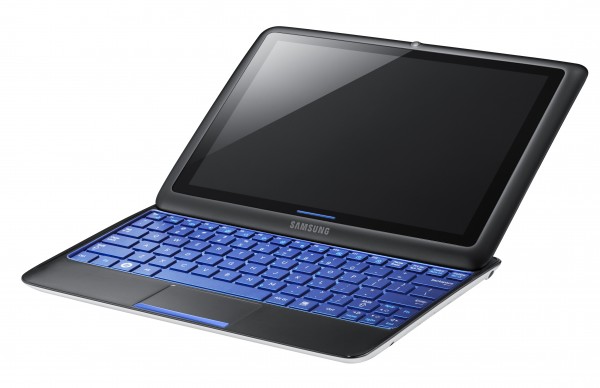 The Sliding PC 7 Series will be available in configurations of 32GB and 64GB of storage and will run Windows 7 Home premium. The device also has a built in memory card reader and HDMI port. There is a built in accelerometer for switching between portrait and landscape mode and an ambient light sensor to adjust the display brightness.

Samsung claims that the device will boot in 15 seconds and can resume from sleep pr hibernate in just 3 seconds. The 6-cell battery is rated for 7 hours of life and can be paired with optional 3G for on the go productivity.

The Samsung Sliding PC 7 Series weighs in at 2.2  pounds and features a 10.1″ 1366 x 768 resolution display rated for a brightness of 340 nit which should provide a usable display in an outdoor setting.

The Samsung 7 Series Sliding PC will be available in March 2011 with a base price of $699. We will be looking at this device closer when CES kicks off officially tomorrow. 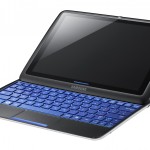 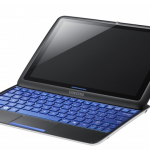 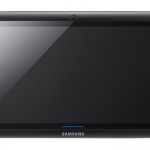