If you’re lucky enough to buy a  high-end gadget like an entertainment laptop, HDTV or game console on Black Friday you’ll probably save a bunch of cash. But retailers, such as Best Buy don’t slash prices and sell some products at a loss out of the kindness of their hearts. Instead, they use these items as loss leaders in order to win the opportunity to sell you accessoires, extended warranties and other miscellaneous items at a ridiculous markup.

A lot of Black Friday shoppers don’t regularly research gadgets or buy them. Black Friday marks the kickoff of the one month gadget shopping season for many American consumers. That’s not a lot of time to research a major purchase and many are taken advantage of. 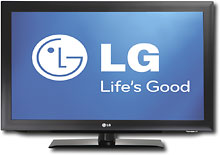 Amongst the most egregious examples of this is how Best Buy and many other retailers sell add ons. For example, Best Buy is offering a 47″ LG HDTV for just $699 after a $300 discount. It caught my eye yesterday as I entered a Best Buy store in San Francisco. It’s a decent pre-Black Friday deal, especially considering that buyers wouldn’t have to wait in line for one.

There was an LG rep at the store that answered all of my questions about the HDTV and showed me several other models when I told him I was looking for something with a faster refresh rate so I could watch sports and movies without the dreaded motion blut that’s too visible on my old HDTV.  Up to that point the experience was decent enough.

But when I returned to the original set I noticed that there were two brands of HDMI cables on top of the boxes of the $699 LG HDTVs. One rack of HDMI cables was made by Insignia and cost $39.99. I can’t recall the brand on the second rack, but they were also 6′ in length and cost $59.99. 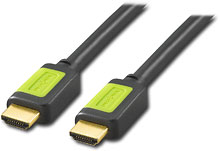 Without telling the Best Buy sales rep that I knew a thing or two about gadgets, I asked him which cable was better. He tried to tell me that I should really get the $59.99 cable because the picture would be much clearer. I then asked him if there were any better cables around, because if I bought a new HDTV I really wanted to make sure the picture was top notch. He steered me to a selection of other cables that cost upwards of $150.

In the old days of home entertainment, audio and video signals  were passed from component to component using copper wire and analog signals. It’s relatively easy for analog signals to degrade when being sent over copper wires. Power cables, for example can create the dreaded 60Hz hum, an annoying buzz. To combat such problems, the cable market was flooded with gold-tipped cable connectors, shielded cable sheaths, oxygen infused cables and other wizardry that audiophiles ate up. You could argue,  and often hear and see, the difference between an entertainment system with shoddy connectors, antennas and cables. 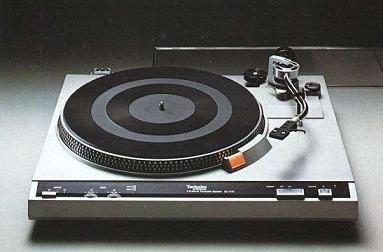 Remember those ghosts, wavy lines, static and inconsistent audio on your TVs back in the 1980s? Those were all analog problems that have since been eliminated thanks to the wonders of digital technology.

To put it simply, either the digits either reach their destinations or they don’t. The signal can be interrupted if you yank the cord out of the back of your TV, or in a few other instances, such as when there’s a storm interfering with your satellite TV signal. But generally you’ll either have a black screen or a crystal clear signal.

Better cables have NO way of improving the zeros and ones. As long as they’re getting through your TV is happy and you’ll see a crystal clear screen.

Another way to think about it is the difference between singing a song and reciting a series of numbers.

A world-famous opera singer, such as my cousin Brian Asawa, can sing a song with such grace that he can bring tears to grown men’s eyes. If I tried to sing an opera the audience would be crying for a completely different reason and I’d probably be booed off the stage.

But what if it wasn’t about the quality of the sound that was coming out  of our mouths? If we were both tasked with delivering a message, like an address, directions and a phone number to a friends’ house, we would be on pretty equal ground. In fact, whomever we were speaking to probably wouldn’t care that Brian has appeared on stages around the globe, has decades of voice lessons under his belt and several albums published. We can both vocalize the digits of a phone number just fine.

People are willing to pay a heck of a lot more to hear Brian sing than myself, but would you pay Brian $149 to pass your phone number onto a mutual friend when I’d be willing to do it for $7? Of course not…Brian is more fashionable than me, and like the $149 cables he might look better than me on any given day. But who cares if you’d hide both of us behind your giant TV?

A Simple Solution to the HDMI Rip Off

Best Buy and other retailers are making an enormous amount of money by selling HDMI cables for $39, $59, $149 or more. In fact, they’ll sell you an HDMI cables for much less if you’re willing to walk over to the gaming console or computer department. Apparently those dropping $1500 on an HDTV are more likely to opt for $150 cables, while those buying a $250 game console will balk at high-end cables and only spend $29 or less. BestBuy.com will even sell you HDMI cables for $12.95 if you look hard enough.

Best Buy and others really want you to buy HDMI cables for  $40 or more. Some retailers will even push their own house brands, which have even higher margins.

So what’s the solution? Simply buy your HDMI cables online at a reasonable price before you head out for Black Friday. This $12.95 HDMI cable will connect your Blu-ray player or XBOX 360 to your HDTV just fine. I just bought a new HDTV from Amazon as part of a pre-Black Friday promo. Instead of buying the expensive cables Amazon offered me, I did some digging around and found that Amazon has its own house brand of HDMI cables. The cost $6.99 for a two-meter cable (that’s even better than 6 ft. :-). A three meter version of the same cable costs $7.99.

There is absolutely no reason to buy anything other than a bargain basement HDMI cable from Amazon, Best Buy or your favorite retailer. If a sales person tries to convince you otherwise walk away as he’s probably fibbing about other aspects of your purchase.

The Best Buy rep I spoke to yesterday may or may not have intentionally misleading me. Not all sales reps are well versed in the finer aspects of technology. On other occasions I’ve  seen Best Buy sales reps help customers out by convincing them that the budget cables are just fine.

If you have any doubts about the above, go ahead and buy one expensive HDMI cable and one cheapo. When you get home try both out and return one of them. I’m certain you wouldn’t be able to tell the difference in a blind test.