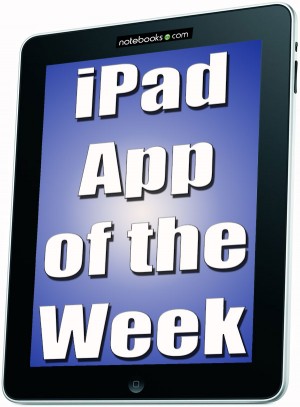 AirDisplay from Avatron Software ($9.99 in the App store) is an iPad App that turns your Apple iPad into a secondary external monitor for either Windows or Mac. It is this week’s iPad App of the Week.

This is a simple app that does one thing really well. It requires a small program to be running on your Mac or Windows computer, but once it is, it finds the iPad or even an iPhone and uses the screen as an external monitor.

We found that it doesn’t really work that well with an iPhone, only because of the size of the screen, but even on the iPhone users have found ways to make it work (see last image below). The iPad makes a great second display for things like a Twitter client or messaging app.

Setup is easy. After installing the app on the iPad, install the client on the PC. Run it and right click on the icon in your system tray on Windows or your menu bar in OS X.

From the menu select the iPad listed and the screen will refresh going blank for a minute and then it shows the desktop on the iPad. Use your mouse to drag a window over to the iPad and you have a second display. 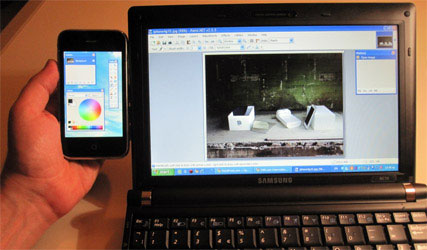 Despite running over Wi-Fi we noticed very little lag if any. The touch screen of your iPad allows you to select items on the display, so this is one way you could add a drawing interface to your computer, using the iPad as a direct drawing pad.