System Mechanic 10 Promises to Speed Up Your PC

Today iolo technologies announced the release of their new System Mechanic 10. In this release are tools that promises to help users speed up their system by finding and fixing some of the primary causes of slow performance. 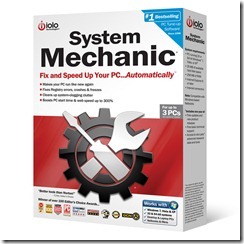 The suite of PC utilities includes Program Accelerator, which will optimize your data storage to speed up access to information on the system. The company says that disk defragmentation does not really speed up the system as well as their tool does.

Defragmentation is the process that puts all the various parts of a file, which can often be split up into different areas of a drive, into one spot. It’s like taking all the eggs in the various drawers of your refrigerator and putting them in one spot on the door so you can get at them quicker. It seems to make sense that you would want all the parts of a single computer file in one place to access it faster. But Program Accelerator goes a step further, according to iolo, and not only defragments the files but also optimizes an application so that the whole program and its individual files are located on one spot on the drive for faster access.

Programs used more often are put in places where they can be accessed quicker. To use the fridge analogy, they not only put all the eggs in one place but make them more easily accessible than other lesser used items in the fridge.

CRUDD Remover cleans out unneeded files and software. The acronym stands for Commonly Redundant or Unnecessary Decelerators and Destabilizers. What it does is identify multiple software programs that do the same thing and sometimes fight with one another for system resources. It then offers advice to the user on which applications to remove from their systems. So, if program A and program B are each running at the same time and fighting for access to the same parts of Windows and do the same thing, System Mechanic 10’s CRUDD Remover will give the user advice about which application might be better and which would be best to remove.

Thanks to the Whole Home Licensing Programâ€ the program can be installed on every computer in the user’s home regardless of number. Since most programs can only be installed on one computer, or up to three at the most, a home user with more computers will have to buy more than one copy of the same program or illegally find ways to install the program more than the allotted number of times. iolo is relaxing these stipulations to allow their suite to be installed on as many systems as the user would like so long as they are all in the same home.

There are a number of other additions to this version. Tune-up Definitions are regular weekly updates to the system that tell the software how to increase performance based on lessons learned in iolo’s research and development labs. Also iolo claims to have identified nine fundamental causes of computer sluggishness over time. The suite seeks to fix these areas on the user’s computer. The System Mechanic 10 Super Control Panel gives users access to a whole host of Windows configuration options in a single location. The Internet Connection Repair tool will fix a bad connection to the Internet while speeding up the access as well. There are multiple other new features and improvements in System Mechanic 10 as well.

System Mechanic 10 will be available for free to all owners of the previous versions of the software who have an active service plan. New customers or customers without the active service plan can buy the program at www.iolo.com for $39.95 or at other online retailers and off-line stores.