If you’re disgusted with the length of time it takes your notebook to boot up in the morning you’ll be relieved to know that you’re not alone and people are working on a faster startup. 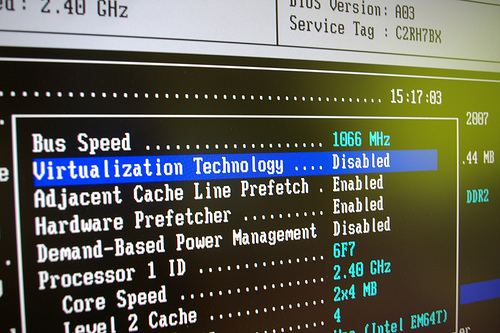 Those people are part of the UEFI Forum which is working on a replacement for BIOS, that screen you see when you first turn on your computer, which among other things should boot your computer into Windows in seconds rather than a minute and a half.

UEFI stands for Unified Extensible Firmware Interface and is a new standard designed to meet the needs of modern computers. Compare this to BIOS which has been the standard for decades.

The idea is that the UEFI boot system will not only bring faster boot times by getting past that 30 seconds of BIOS initialization but also offer better support for USB devices and other connectivity options in the boot environment.

The Telegraph reports that industry experts expect to see UEFI make an impact in computing in 2011, but there’s no word on exactly when we will see consumer devices with the new boot system reach the market. Until then consumers will need to look at SSD options and manufacturer specific solutions to boot up faster.