Verizon Wireless and Samsung Electronics Corporation announced that the Samsung N150 Netbook is available today with an embedded Verizon Wireless 3G modem for $49.99 after $100 mail-in rebate and a 2-year mobile data contract. 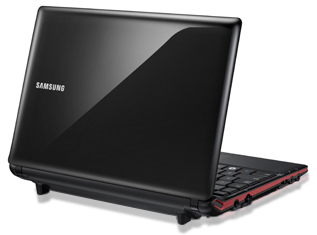 The Samsung N150 sports a sleek look with up to seven hours of battery life and built-in Verizon Wireless Mobile Broadband network connectivity. The new netbook is global ready with a pre-installed SIM card for access in more than 200 countries, 110 with 3G speeds. It also features a built-in chargeable USB port for charging other mobile devices when the N150 is turned off. This feature is very similar to other USB “Sleep and Charge” ports found on recent Toshiba laptops.

To order the Samsung N150, customers must sign up for a Mobile Broadband plan, offered on a monthly or pre-paid basis. For more on this check out What You Need to Know About Subsidized Netbooks.

The Samsung N150 is available for order today in Verizon Wireless Retail Stores and online for $49.99 after $100 mail-in rebate with a new two-year contract.

Review of the Samsung N150 netbook (not on the Verizon Network):