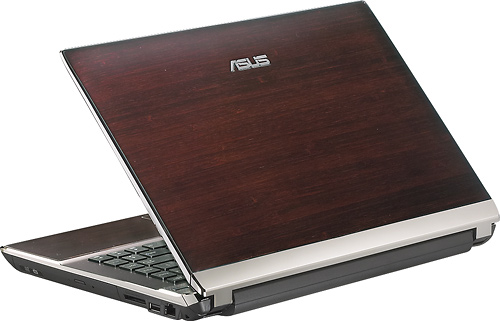 Asus has been taunting us with bamboo accented laptops for years now, but if they were ever released, they were well over $1000. Asus’s new bamboo laptops fall just short of $1000 and have an exterior composed of dark bamboo wood and brushed aluminum, adding durability as well as stunning good looks. The bamboo exterior houses quite the impressing interior as well. The U43JC and U43F are virtually identical.

What sets the two models apart is that the U43JC has a NVIDIA GeForce 310M graphics card with Optimus intelligent graphics switching technology, where as the U43F has Intel UMA graphics. But, by sticking with an Intel Graphics card, the U43F gains Intel Wireless Display technology to wirelessly stream HD content to your HDTV.

Other features of Asus’s new laptops:

The U43JC and U43F are priced at $999 and $950, respectively. Both are currently available for pre-order from Best Buy, with an expected delivery of later this month.