iPhone on Verizon in January: 4 Reasons it Could Happen 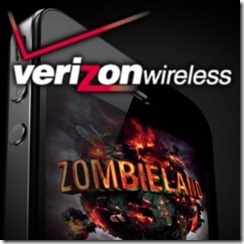 If you read that headline and reacted like I did when I saw it all over the net, then you probably thought or even said out loud, Here we go again.â€ It seems like the “Coming to Verizon” rumor gets attached to the iPhone more than any other. In fact, this rumor has probably been around since the first iPhone dropped a call; maybe longer. And when people were saying it before the iPhone 4 launch I didn’t believe it – hoped but didn’t believe it. But when a reputable news source, that doesn’t often posts rumors without corroboration, carries it; then you are forced to at least take a look.

The device will be available to customers in January, according to the people, who declined to be named because the information isn’t public.

In this case the peopleâ€ are two unnamed sources familiar with plansâ€ to make the move to the largest US mobile phone carrier.

All respect to Bloomberg, we’ve heard these kinds of unnamed sources cited in most of the other rounds of rumors too. What make this more credible than those? Here are a few possible reasons:

“I hope she’s right, and maybe she is. I mean, odds are that somebody will report this news and be accurate sooner or later. But so far, Apple-Verizon rumors including some as convincing-sounding as Thomson’s have an unblemished record of resulting in absolutely nothing.” – Harry McCracken

Not everyone is on board.  John Biggs at TechCrunch calls the rumor bogus for one reason. CDMA v. GSM. Verizon’s cellular technology is CDMA while AT&T and practically the rest of the world use GSM. Biggs reasons that Apple won’t give up the ability to make a handset that works in more places just to bring the phone to Verizon; at least until Verizon has international radio technology too.