The new Mac mini looks stunning to say the least. Aside from the aluminum unibody design, Apple did away with the power brick, incorporating the power supply directly in the Mac mini’s enclosure.

Though it has fewer cables that NEED to be connected, there are more ports than were found on the previous Mac mini. To make it easy to connect to a display or HDTV, there is now both an HDMI out port ands a Mini DisplayPort. There are also 4 USB ports, a FireWire 800 port, an Ethernet port, and an SD card slot built right into the back of the computer.

One notable feature of the new Mac mini’s design is the fact that the bottom panel can be removed to easily upgrade memory (and possibly Hard Drives as well). This leads us into the technical specs of Apple’s smallest computer. 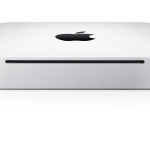 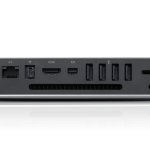 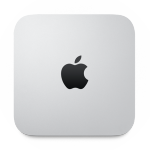 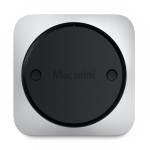 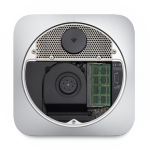 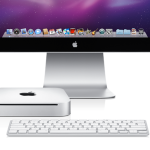 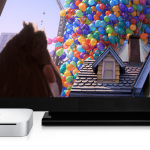 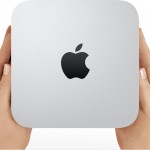 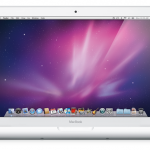 Being well into Summer, many high school graduates are looking for a computer to take to college. With the release of the new Mac mini, should students think about going with the Mac mini over Apple’s most popular computer, the MacBook? The Mac mini is Apple’s most affordable computer, but there’s obviously a trade off when it comes to mobility. Many people will be drawn to the $699 price tag, but is it a better deal than a MacBook?

For the basic Mac mini, the retail price comes to $649 including a $50 educational discount.  At this price, the Mac mini, you get:

Note that the Mac mini does not come with a display, keyboard, or mouse. You’ll have to bring your own from an old computer or budget for purchasing these items new.

For a MacBook with similar specs, the price comes to $1,049 including the $50 educational discount if you build it to order at Apple.com. With this MacBook, you get:

Even though the MacBook is more expensive at first glance it is a better value for most users. Since it’s a laptop, it of course comes with a keyboard, trackpad, monitor, built-in iSight camera, and built-in speakers. Plus, students who purchase a MacBook this summer are eligible for a free 8GB iPod Touch($199 value) via rebate. The iPod Touch rebate is something that is not offered when purchasing a Mac mini. In addition, the ability to take your MacBook with you wherever you go may negate this comparison entirely.

Clearly, at least for a college student, the best choice is the Macbook, with its portability, and the free iPod Touch.