Today Only: HP Entertainment Notebook With Blu-ray and HDMI for $599

If you are looking for a Blu-ray equipped laptop, Woot.com may have just what you need today. For $599 you can pick up a refurbished HP DV7 17.3â€ notebook with a built-in Blu-ray player as well as HDMI output to play content on your big screen. Don’t forget that this deal is only good unit 12am central time today (that’s how Woot.com works)! Here is a rundown of the important specs: 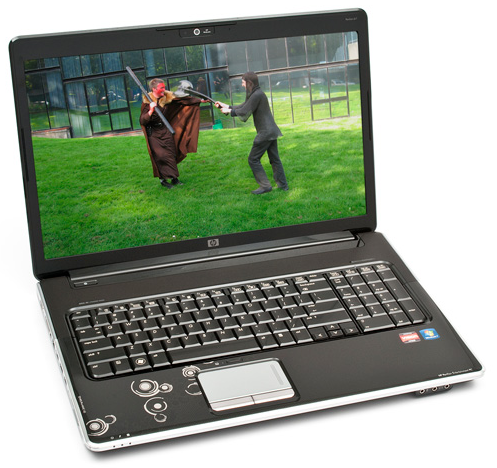 So what do we think about this laptop? It scores points for running the latest OS from Microsoft (Windows 7). Blu-ray player with HDMI output means that even if the screen isn’t full-HD (full HD is 1920×1080), you can output through HDMI to a full-HD HDTV to take full advantage of the Blu-ray drive, though your movies won’t look bad at all on this computer’s spacious 1600×900 17.3â€ display. A generous 500GB HDD and four USB ports makes this a great desktop-replacement laptop, and the 5 in 1 multi-card reader is likely to function with most of the cards that you can throw at it. The only points that we’ll take off from this deal is that the unit is refurbished and isn’t sporting the latest wireless standard (WiFi n), but if you don’t already have a WiFi n router and aren’t planning on buying one any time soon, then you should have no issues with the included b/g WiFi. Oh and don’t forgetâ€¦ this is a big laptop (7.96lbs), don’t plan on carrying it with you everywhere you go.

Head over to Woot.com to catch the full specifications as well as additional photos.