Holiday Gift Guide: Get them something they will love. Get a Mac

If you’ve already started holiday shopping, you’ve no doubt realized that purchasing a computer is more daunting of a task than ever before. Dozens of companies making hundreds of models with thousands of possible configurations – it’s enough to make you dizzy. When it comes to buying laptops as a gift, the pressure is even greater. How can you make sure that you’re getting that special someone the perfect gift that they will love?

I am a long time Mac user, and I’d like to share with you some of my reasons for owning and loving my Mac, and why I think you should get a Mac this holiday season. I made an effort to steer clear of the Apple PR line and give you my personal reasons, although you might find that there is some cross-over. Forgive me if my inner-fanboy pokes through.

Let’s start off with some house cleaning. Despite the increased popularity of Macs generally – and of the MacBook in particular – many false or exaggerated claims are made about buying and owning a Mac. I think it’s important that we address these, so without further ado…

Stemming from the personal computer landscape of the 80s and 90s, this is a critique of a bygone era when Macs and PCs didn’t work together without significant effort. Today, Macs are simple to connect to networks, as well as share files and network devices with PCs.

The basics are covered, of course. MP3s, PDFs, ZIP files – you name a standard file type and odds are that there is native support for it built into Mac OS X. “Native support” essentially means that you don’t need to spend time downloading applications like Adobe Acrobat Reader or WinZip to use your PDFs and ZIP files. They just work. The same goes for connecting to wired and wireless networks.

Using your Mac in a Microsoft-heavy environment is just as simple. Not only does Microsoft have you covered with a Mac version of Office 2008 ($149), but Apple’s iWork suite ($79) is also compatible with Word, Excel and Powerpoint. (Heck, you could even use the free TextEdit application that’s included on every Mac – it too has native support for Microsoft Word files.) OS X also has built-in support for Microsoft Exchange. Even Windows doesn’t have this level of Exchange integration.

You might read the above and think to yourself: “Gee, out-of-the-box, Macs seem *more* compatible with a Microsoft environment than a standard PC is.” Go ahead and think that – you’re not wrong.

Rumors 2: I won’t be able to find the software I want or need

This is a tricky one because it can seem so true, even to Mac users. Walk into the software section of any big-box store and you will see hundreds or thousands of software titles for Windows. You might see a handful for the Mac – if any at all. Numbers don’t lie, right?

Well, they they may not lie, but they can be misleading. If you actually look, you will see that a lot of what makes up that massive pile of software is fluff – 15 different photo editors; 20 anti-virus packages; several dozen “utilities”. Do you really need all of this? Probably not.

Truth is, I’ve never been unable to find the software that I need. I may have two or three options to choose from, instead of 20, but there are options. The best part about this is that you will usually be choosing from two or three really good pieces of software, instead of digging through 20 mediocre ones looking for something worth buying.

Finding great Mac software is easy too, if you know where to look. I personally skip the store and go straight to my browser. In fact, many of my favorite pieces of software are only found online. If you need some direction, Apple’s online store is a great resource. However, I often find that a quick trip to your search engine of choice can be more useful. (Tip: Try searching for “Best Mac OS X App _____” and fill in the type of software you are looking for.)

If all else fails, and you really have your heart set on a specific, Windows-only application, remember that you can always run Windows on your Mac.

Pricing is often the primary factor in computer purchasing decisions. Even before the economy was in poor shape, the smart consumer (that’s you) would be on the lookout for the best deal. Why pay $1000 or more for a laptop when you can get one for $500, right?

Macs are more expensive, but they're worth it.

Remember that “inexpensive” often gets confused for good value”. I believe that the Mac is a better “value” even though it is often more expensive up front. My reasoning for this will become evident as you continue to read. So enough with fighting off critiques – let’s talk about what I think makes the Mac so great.

The Mac is the only computer on the market that can run every major operating system. Want to run Windows 7, XP or Vista? Check. Linux? Check. Mac OS X? Well….yeah…check on that too. I regularly use 2 or 3 different operating systems, and I do it all from one MacBook. It’s like having 3 different computers in one! 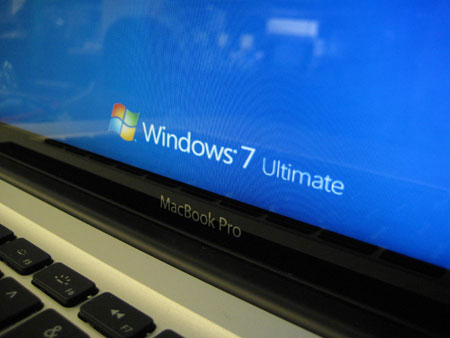 With Apple’s Boot Camp (free), switching between operating systems is just a restart away. If you don’t want to restart, VMWare Fusion ($79) or Parallels Desktop ($69) are both brilliant ways of running several operating systems simultaneously. I would also be remiss if I didn’t mention the free VirtualBox. It’s not as user-friendly as it’s counterparts, but it’s free!

For the computer-nerds among us, don’t forget that Mac OS X is built on a UNIX kernel. While it’s not really a separate OS, those of you braver (and smarter) than I will find that the Terminal (a tool for running the UNIX command-line) can be a very powerful way of computing. Only on the Mac can you run a UNIX command-line side-by-side with your everyday OS.

Software can make or break a computer experience. Whether you are editing photos, browsing your RSS feeds, writing the next great-American novel or just the next great tweet, you are likely to find Mac-only software of a caliber simple not found in the Windows world.

This is partly thanks to a dedicated community of smaller Mac developers who love Macs. It is also a product of the high-bar that Apple has set with it’s own software and the relatively small size of the Mac market. There is very little room for bad software on the Mac because users get used to great free software from Apple, and there simply isn’t enough users to support mediocre products for very long.

Finding great new pieces of software is my addiction, so stay tuned for future articles highlighting some of my favorites.

Measuring how well a computer is made is difficult. It’s one of those things that you can feel but can’t always describe. Macs are what I would call polishedâ€ or refined.â€ They feel solid. Hinges are smooth and connecting pieces fit tightly together. The icons and user interface contain a surprising level of graphical detail. Even the packaging of a new Mac is beautiful and well made, and opening a new one is quite an experience.

The MacBook Family. You'll love them.

You may shrug this off as my fanboy-ism and unimportant, but it is meaningful when we talk about a computer’s value. If you love your computer you will do more with it. You will also probably keep it longer. Buying a new computer less often will save you money, and when you do decide to upgrade, you’ll find that Macs maintain a high resell value in a way that is unheard of in the PC world.

It’s a certain Je ne sais quoi that usually raises a product from good to great, and can make the difference between using your computer, and loving it. Mac users don’t just use their computers, they love them.

And that is the real point. Whether your gift is for a college-bound student, couch-bound family or office-bound adult, you want it to be loved. So go make someone a very happy computer owner and get a Mac this holiday season.