Acer just announced the new Acer Aspire AS8940G-6865 notebook PC which packs in Quad-Core power and a huge screen for a portable multimedia and entertainment experience.

At the heart of the new Aspire is an Intel Core i7 Quad-Core 720QM processor that gives the notebook the power to handle the demands of many applications, such as gaming and entertainment. The power of the Intel Core i7 processor comes from its ability to provide a better multitasking environment. One such way is through Turbo Boost, a feature that lets the computer speed up the processor by up to 75% to match your needs. 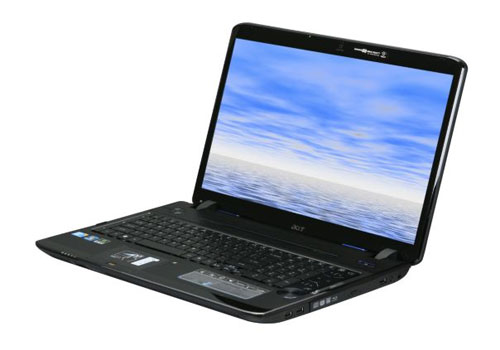 The 18.4″ screen is LED backlit with a 1920×1080 resolution was designed with movie watching in mind; a feat made easy by the included Blu-Ray drive and five built in speakers including an “Acer Tuba CineBass booster” for clearer deeper bass. The multimedia experience is backed by an NVIDIA GeForce GTS 250M which provides 1 GB of dedicated video memory to round out the power of the Acer Aspire AS8940G.

Other features of the Acer Aspire AS8940G include a touch-capacitive media control interface for quick access to multimedia controls and a backlit keyboard that makes working in the dark a much simpler affair.