When most people decide on buying a new portable media player, they check out the latest and greatest gadget offered by Apple. For the most part, they’re right to do so- Apple’s iPod has pioneered the development of portable media devices for years. While there have always been alternatives to the iPod, it has consistently demonstrated superior features and offered a more innovative experience for users. However, on September 15th, a new challenger is being introduced- one that may be a serious threat to the iPod’s dominance. Microsoft’s Zune brand is adding a touchscreen player named the Zune HD to its lineup. The Zune HD boasts a snazzy OLED screen, a powerful Tegra CPU, HD radio, and a sexy new design. Read on to see why the Zune HD is the perfect upgrade for this college student and a better choice than the iPod Touch.

The Specs and Features 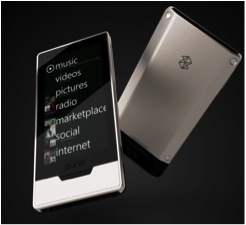 The Zune HD was specifically designed with the 2nd generation iPod Touch in mind as the main competitor and as a result, the player matches or beats Apple’s device in practically every category. It comes with a gorgeous multitouch 3.3 inch OLED screen which allows advanced lighting effects and consumes less energy than the iPod Touch’s LCD screen. The Zune HD’s Tegra processor is a powerhouse that grants the device a seamless user interface. The player itself has a slim design and weighs in at an incredibly light 2.6 ounces, smaller than the iPod Touch (4.05 ounces). Currently, the Zune HD is available for pre-order in two different colors and capacities- black for a 16 gigabyte model and platinum for a 32 gigabyte one. However, those willing to wait until the 15th to order can customize their Zune’s faceplate in blue, lime green, and or red, and get a sweet embedded design on the back from ZuneOriginals.com. This level of personalization is exclusive to the Zune HD- the iPod Touch merely allows you to add two lines of text on the back.

Using the Zune HD is a pleasure- demos of the new interface show that navigating through your content is a smooth and simple procedure. The device completes the experience by providing a variety of related graphics and information on the artist, album, and songs, alongside your music collection. The Zune HD takes full advantage of its Wifi capabilities. On top of having a dedicated Internet browser, the player allows users to download music directly to the device, just like the iPod Touch does. However, the Zune HD distinguishes itself with a host of other features. The Zune HD is the first portable media player on the market to have an HD radio receiver installed. The iPod Touch isn’t equipped with a radio receiver and doesn’t provide any access to radio stations. The Zune HD also allows users to stream high definition video (720p) to a HD television using an HDMI Zune dock. 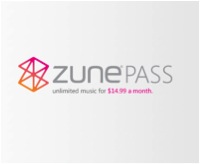 I’ve been a Zune owner for about two and half years (I have a 1st generation Zune 30) and luckily, one of my favorite features from the original Zune is being incorporated into the latest model. The Zune Marketplace, the platform through which Zune owners can purchase music for their device, has an amazing subscription model available called the Zune Pass. For an affordable $14.99 a month, you’ll have access to all the music you want. I love discovering and listening to new tunes and this feature is one of the main things that attracted me to the Zune.

Granted, you’ll have to keep paying the subscription fee every month- otherwise you’ll lose access to your songs. However, at a price equivalent to that of one CD, you’re getting a pretty good deal. To make the subscription model even more appealing, you’ll get to download ten free songs each month which are yours to keep permanently, even if you abandon the Zune Pass in the future!

Being a college student, I’m on a pretty limited budget. As much as I love getting the latest technology, I recognize that the less money I spend, the better. The Zune HD is priced with people like me in mind. It undercuts the 16gb iPod Touch more than $50 and the 32gb iPod Touch more than $90! With the amount of music I download, the Zune Pass is also a moneysaver. If I were to download a new 50 songs for the iPod Touch each month, I’d have pay close to $50 every month. Using the Zune Pass allows me to get the same 50 songs and more for $14.99.

The Zune HD looks like it’s going to be a great portable media player and is sure to land on many wishlists this year. Its features are certainly a step above those of the 2nd generation iPod Touch and its lower price will help attract customers. Even if Apple unveils a 3rd generation iPod Touch at its rumored upcoming media event, the Zune HD will still be a serious competitor in portable media player market.

For me, the Zune HD is the obvious and superior choice. It’s cheaper than the iPod Touch which is always a plus. It packs more features into a slimmer device and is built on more advanced technology. It has a higher degree of customization, which is nice because I feel that my portable media player represents who I am. Best of all, it has a great subscription model which allows me to continually increase my music library and actually follow-up on music recommendations from friends, all for a low flat monthly rate!