It seems like just last week Dell dropped the Mini 12 but Dell is already offering the Inspiron 11z to fill the ~12″ notebook market. The Inspiron 11z starts at $399 and made a favorable impression on the PC World staff when they had hands on time with it in early August.

Despite the small form factor, Dell is calling the new 11z a laptop rather than a netbook and the higher specs back up the notebook moniker. 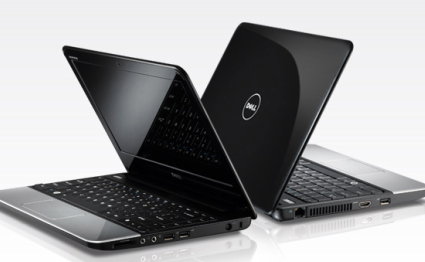 Liliputing provides the following specs for the Inspiron 11z.

Dell may be on to something here. By offering 2GB of RAM, a bigger hard drive and an HDMI output they’ve skipped past much of the Microsoft imposed netbook criteria that were responsible for killing many netbooks. The inclusion of a low voltage CULV Intel processor further separates the Inspiron 11z from its competitors. The biggest downside, out of the box, is the fact that the 11z ships with Windows Vista and according to the Dell Windows 7 eligibility table it doesn’t qualify for a free upgrade to the new OS in October.

With the small size, bumped up specs and affordable price it will be interesting to see how the market treats a notebook that looks, on the outside, like a netbook.

Does this package interest you at the $399 pricepoint?